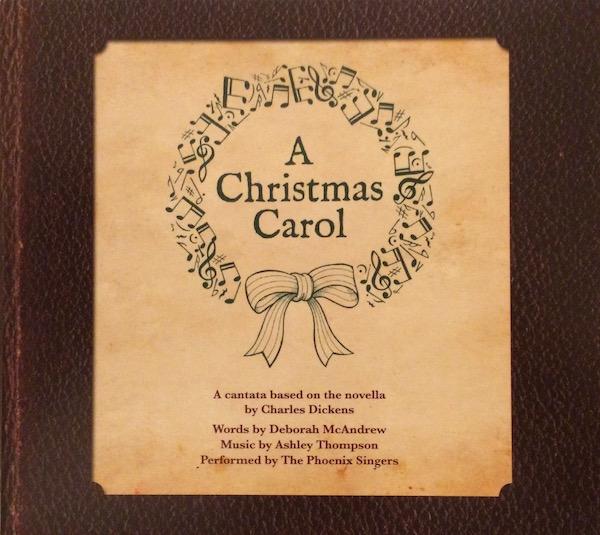 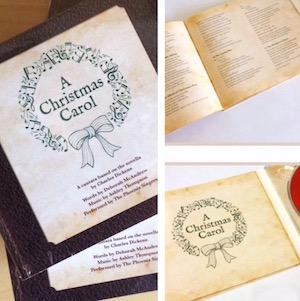 This retelling through song, without narration, of Charles Dickens'classic tale, draws on a wide variety of styles - some old, some new - whilst also incorporating well-loved carols that would have been known in Victorian England. It is at the same time contemporary and rich in tradition.

New Gloria, Ashley Thompson
Antonio Vivaldi (1678-1741) was known as 'the red priest because of the colour of his hair, although his flaming temper was probably a contributing factor. A vain and volatile man, he trained for the priesthood, was ordained in 1703 and lapsed soon afterwards. Though based in Venice, he tried to establish an international reputation, but in his latter years the Venetians considered him banal. He then set about conquering Vienna but unfortunately the Viennese showed even less interest. By the time of his death Vivaldi had lost his fame and fortune and was buried in Vienna in a pauper's grave.

Following his death Vivaldi's music was all but forgotten until the 1920's when scholars rediscovered several volumes in a Turin library. A Vivaldi revival began. His Gloria in D major (RV589) of 1725, from which New Gloria is derived, received its first modern performance in Siena on 20 September 1939 in an edition prepared by the composer Alfredo Casella - it has since become one of the most popular Baroque works for choir and orchestra.

Originally written as a millennium project celebrating the past, the future and two thousand years of Christendom, New Gloria takes the original material of Vivaldi's Gloria and reworks it into contemporary pop. The material has been freely adapted to suit the new idiom - the original sacred text, dating from the ninth century, together with the energy of the modern grooves, creates an electrifying fusion full of both vigour and pathos.

Born out of the sacred text, Vivaldi's masterpiece moved and delighted the audiences of its day. Likewise, New Gloria, whilst not pretending to be a replacement or improvement on the original (nor should it), respectfully and intelligently places the work in the soundscape of the modern listener without dumbing down Vivaldi's inspired intent. As you listen, experience the awe and intimacy, the mystery and majesty and draw fresh inspiration from the music of Vivaldi's Gloria. 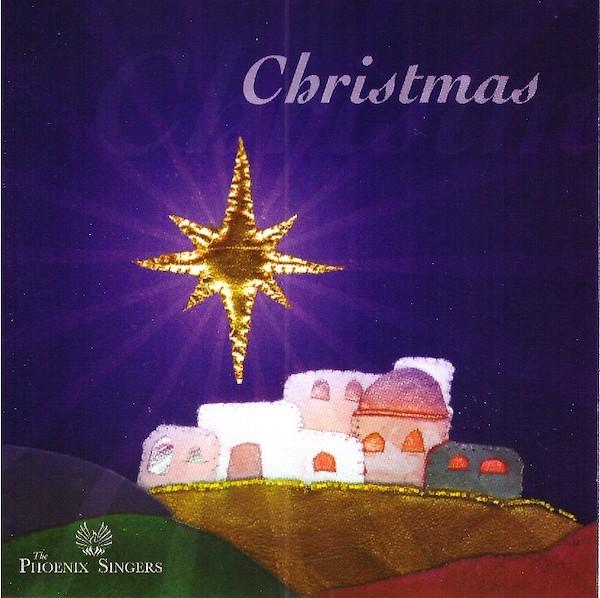 The Phoenix Singers started life as the community choir of Leek High School, adopting its present name in 1985. The choir, based in Leek, Staffordshire, has a broad repertoire, performing major choral works, small-scale pieces and contemporary music.

Often collaborating on innovative projects, a Millennium award enabled the singers to commission a new work and invite Joseph Horowitz to accompany his cantata Captain Noah and his Floating Zoo. Recent partnerships include a rare performance of the Indian cantata The Flames of Lanka, an acclaimed performance of Paul Spicer's Easter Oratorio with Lichfield Cathedral Choristers, a highly creative association with the New Vic Theatre, Newcastle-under-Lyme and an ongoing relationship with the renowned folk artist Johnny Coppin. The choir has performed with Manchester Camerata and the Ceramic City Choir of Stoke-on-Trent on a number of occasions, most notably The Armed Man, conducted by the composer. In July 2010 the singers gave the world premier of Gawain and the Green Knight by Barry Russell and in November 2011 presented the UK premier of Jacob de Haan's Missa Katharina with students from Keele University.